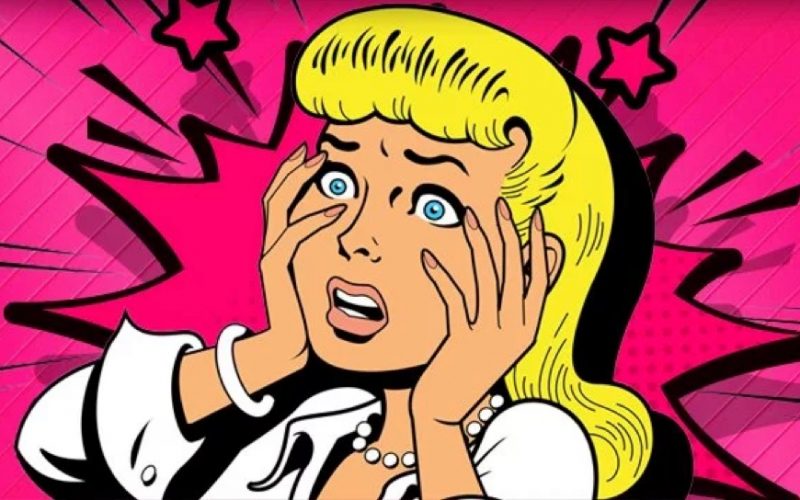 What’s wrong with Jessica, you ask. Well, nothing, actually. Just not if you ask anyone else within a fifty mile radius. THEN… you get a different story:

Life of the party? Totally. Intuitive? Absolutely. Expressive? Indubitably! She gives out free hugs at the office, too. But she’s also – Hyper-Emotional. Hysterical. Intense. Over the top. Inappropriate. Cries at the drop of a hat. You name it, Jess can take it to the extreme.

To the untrained eye, Jess may be a typical “drama queen,” overreacting, seeking attention, being disruptive, but underneath the surface there’s much more going on – and many of us who’ve been called drama queens could say the same. So there’s nothing wrong with you either, sister!

BTW, that’s a real thing. Vindication can be ours at last!

Apparently how our brain reacts to emotional information is “influenced by parents,” according to researchers in a study who discovered our genes could control how emotional we become. It’s supposed to encourage enhanced reactions in those who possess it, giving us an increased propensity for seeing vividly. In fact, they believe many artists and other creatives may have the variation. OMG! From their lips to God’s ears! #MyMotherMySelf #TheStruggleIsReal

Not only could our leading lady have been blessed with a genetic “variation,” it’s possible she could have been invalidated throughout her childhood or received inconsistent, negligent parenting! You could say, “She has a histrionic personality; she’s borderline, whatever,” but it might be PTSD! Was Mommy Dearest the subject of an ongoing inside *joke* in your house? It was in hers! Nowwww you get it, don’t you…

But… Is “Drama Queen” a real diagnosis?

“Having a vivid, theatrical personality in itself doesn’t mean you have a problem,” says Robert M. Fraum, clinical psychologist. It can be used deliberately too, otherwise there’d be no telenovelas. For some of us it’s all we know (we’re looking at you, Mommy!).

“These people are emotional and interesting – expressive people… Being a drama queen, so to speak, isn’t necessarily a personality disorder.”

So in this scenario we have a hyper-sensitive artistic protagonist, presumably genetically impaired, conditioned to expect the worst, growing up in a family of Latinas all fighting for the mic, seeking approval from a peacocking show business professional as patriarch! Can you say performance anxiety? That constant stimulation of the fight or flight response is enough to jack up her cortisol and get her hooked on the Game of Thrones-esque intrigues amidst the other drama queens in the family jockeying for status & attention!

But there really is nothing wrong with her.

Or with any of you who can relate to her… Any abnormal or jarring life experience, good or bad, can actually inspire creativity. It’s genius!

Whether it’s in our nature or the identity imposed on us when we were too young to stand up and be seen for who we really are – we still can reframe our experience. What if all of those things are not inevitable fatalistic self-esteem traps that leave you a hysterical, neurotic, emotional cripple? But – instead – are the breeding grounds of your emotional maturity, your emotional expansiveness & depth? Geniuses only seem quirky to others because they don’t have trouble risking madness.

Here within the Drama Queen Club is where we step into our intuitive brilliance! Where we give it value. Repurpose our old stories. Reclaim our voice. Solidify our personal significance. Try on ways of being to which we may not have had that internal GPS. Develop our emotional intelligence, anchor our True North. Celebrate being gifted. Maybe have some chocolate and call it a day, dreaming of winning the next Nobel Peace Prize.

PSST~! You’ll love this! Eating cocoa after a night of total sleep deprivation counteracts the cognitive impairment that such a night brings about! Promising results for emotionally strung out people that suffer from chronic sleep deprivation… namely drama queens, artists & creatives. So if you’re suffering from insomnia while you mentally rehash quips from the latest emotionally strained moment… Insert your favorite carb-loaded chocolatey pleasure here!

They do say art imitates life, so put your mother’s voice inside your head on mute and avoid mirrors while you’re having dessert for dinner. Consider yourself a natural. You’re gifted. Or at least genetically mutated! Let’s not forget whose really to blame, right? Now you get to express yourself unapologetically. You can be every woman within you that you’ve never allowed yourself to express, answering to no one. You don’t have to be an old crone to stop giving two shits.

Rebecca Todd, professor, UBC’s Department of Psychology – WE LIKE HER…

So whether or not you are thanking all the little people in your acceptance speech for the Academy Award, be honored for the nomination! You’ve found your home. We’re in this together, on stage and in life.