First Impressions in the Speed of a Swipe 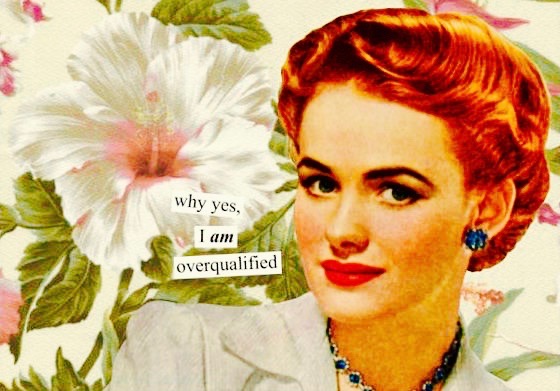 First Impressions in the Speed of a Swipe

Are You Forfeiting Opportunity Without Knowing It?

Do you know how fast a first impression is made?

It takes only one tenth of a second for you and your face to be categorized by another person as to whether or not you’re attractive, trustworthy, competent, extroverted, or dominant. Will you be friend or foe? All in the speed of a swipe.

Human beings are built to size each other up quickly

What do you want others to take away from their milliseconds with you?

It’s crucial to get off to a strong start, because you’ve got less than 30 seconds to make your first (and last) impression. Knowing how to play to your strengths and make the most of a new connection are key to the art of impression management. That’s not something flighty or vain. It takes mad skills to keep it real, while spontaneously finding a way to connect with almost anyone – and have THEM feel seen.

If you want to be seen and heard on your terms, learning the art of self promotion is an ironic game-changer.

Ironic because people remember most how they felt in your presence, so how is THAT self promotion? You directly impact people by leaving them with a memorable experience – hopefully it’s a positive one! Lucky for you, this is something you can influence deliberately. When you truly connect you are leveraging your most magnetic qualities… Those things that make you, You. In order to be seen and heard on your terms you’ve got to show up in your life as true to You, as you can be.

Whether you know it or not, you are a walking billboard and your message is written all over you

You communicate who you are with every inflection & articulation. Some would say, “Your mess IS your message”… Which is totally cool, by the way. As long as it’s what you mean to say on purpose and not by default.

Speaking of default… Jason Silva put out a video explaining this concept of identity… how… While we’re interacting with others – we’re not identifying as who *we* think we are… We’re identifying as who WE – think – YOU – think – we – are…! Essentially saying, “I am the sum of how I twisted the feedback directed toward me from my worldly experiences.” It’s why you still feel vaguely guilty when you’re around your mom, like you’re still the 15-year old who got caught sneaking out her bedroom window… Come back. Save that rabbit hole for another day…

Back to the billboard… If your life as you’re living it is *Your Message* let it be deliberate. If you can get off on the right foot with new people, it’s like you’ve been granted a Get Out Of Jail FREE card that now entitles you to a thing called the Benefit Of The Doubt. A good first impression gives you more leeway to be human. Then keeping it real feels somehow lighter! Easy breezy, chica.

Ask yourself: How do you want others to experience their moment with you? If they were to leave you a yelp review, would that go in your favor?

Those influences are our non-verbal communication and societal biases beyond our control. You’ve heard the phrase “it’s not what you say but how you say it…” but there’s more to it that that. Your body language is being assessed to determine how much personal power you hold for yourself. You’re being sized up to see how woke you are to yourself!

Chin up Buttercup. First impressions are inherently flawed. They just tend to stick, so you want to think twice before burning bridges before you can cross them.

Biases aren’t meant to be logical

They’re totally subjective, but influenced by society. Just know that people are forming opinions about you just by looking at your face, so don’t take it too hard. You’re not here to ask the world to approve of you. You’re looking at the world deciding which parts are a fit for you. Of course you want to keep company that compliments your values, so you want to connect with others that are a match to your particular brand of drama. That’s going to require that you put out the vibe you want back, which is ultimately a good thing. Besides, making a good first impression can have big benefits: more friends, a good partner, better pay, and other plusses.

Obviously, because so much of what factors into a first impression is non-verbal communication, body language makes a huge impact on your ability to create a memorable moment with a total stranger… or a room full of ‘em. Just by focusing on the way you walk into a room can control whether the rest of your encounter is a victory or defeat. So remember: people who strongly express with their facial expression and body language are better liked than less expressive people.

Your goal is to show up memorably, focusing on the other person (people), to co-create a moment showcasing your strengths in such a way that also has them feel seen at the same time. THAT my friend is CHARISMA. It’s a leadership soft skill in high demand too.

How would a Drama Queen make a positive first impression?

We’re living in a time when we’re all online in one form or fashion. Many of us have multiple social media accounts. Single Drama Queens among us are increasingly turning online to find love. If a picture’s worth a thousand words, how do the images we post of ourselves online influence the first impressions others form of us? We’re basically scripting the first impression for them.

If you want to be seen as attractive, trustworthy or approachable wear a smile. You don’t want to inadvertently be sitting in your Resting Bitch Face. That’s attractive… not! Not exactly something you want to brush off. Keep your *ish* intentional. If you ever wonder why some might consider you intimidating, it could be a lack of warmth in your face. Remember all we need is 1/10th of a second to look at a face before deciding if you’re a friend or foe.

Here in the rabbit hole…

What Jason Silva was referring to is a concept called metaperception... basically saying we’re just gonna decide we already know what other people think of us. If you’re smart, you decide to make it GOOD! Before you make that next cold call, ask yourself, “Who’s the next lucky person about to fall in love with ME?”

Thinking highly of yourself is a good thing. It’s got the same power as the feather in Dumbo’s hat. Those who believe they’re seen positively by others tend to have higher self esteem. So if you believe that you’re friendly and likable, you’ll tend to behave in a friendly way towards strangers… and then guess what you’ll be getting back?

You’re welcome. Come again. We’ll be repelling down this rabbit hole called impression management further. For now, remember – if you’re going to influence others you must first influence yourself. The love you get starts with you. When that’s you’re “come from” you can be unforgettable in an instant.

To find more provocative content, for the Drama Queen and her sorry-not-sorry pleasure… Explore the DQ{EQ} series here

Join The Club discussion | Play With Us in person