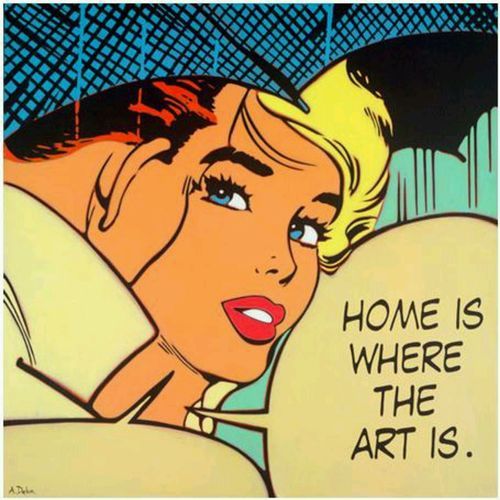 It’s time to engage in a quest to fix this glitch: to feel and express more love for parts of our personality we have dismissed or marginalized. That way any self-sabotage we have suffered from in the past can be diminished.

So let me share a bit about my story & why The Drama Queen Club is a passion project for me:

I’m a sensitive artistic personality. I grew up in a Latin family, with a patriarch in show business, so “drama” is kind of in my DNA. I spent my life frustrated by the behavior of my family members who all jockeyed for status within the family, to win approval. I felt like I was trapped in a barrel of crabs – who were all trying to take each other down. The more I would protest, the more I would be punished, ironically with “she doth protest too much.”

You could say that my culture is naturally melodramatic… You could say I’m influenced by a family culture rooted in performance… You could say I am the victim of narcissistic abuse… Any time I objected to how I was treated, I was shamed and persecuted as being hyper-emotional, hysterical, and of course, dramatic. I was told children should be seen and not heard. I was constantly invalidated by the people who were supposed to be my support system.

You can imagine that my emotional experience at those times was interrupted, cut short and left incomplete. That built up over time like a pressure cooker, and any time I found myself having an emotional reaction of any kind, it was always over the top – because it was an accumulation of incomplete emotional processing. Yes, I wanted attention, but most importantly I wanted to be understood. It’s taken me decades to come to a place of self acceptance, with the communication skills and maturity to express myself authentically and patiently.

In time, I have also learned how to access all parts of me, the full emotional spectrum. Tears come easily to me – and not because I’m sad, they represent an overflow of emotion of all kinds. I’ve stopped judging my tears. I can talk through now. Theater is my first love – I’ve spent most of my career in the entertainment industry – and I do also love getting attention, receiving praise and respect. I never met a mic I didn’t like.

But I’ve noticed that the label *Drama Queen* is thrown around these days whenever a person has a reaction that other people don’t accept. The connotation is that whoever is being a Drama Queen is overreacting, over-dramatizing in a negative sense, as if the person is playing the victim, manipulating others, being an attention-suc, etc. I’m not saying that doesn’t happen. I’m guilty of it myself. But the *drama* is in the eye of the beholder – not the responsibility of the person reacting. An emphathetic response would be to look deeper at that person, to see them for who they are and what they need in the moment. The fucked up thing is that it’s still a subjective claim! You’re a Drama Queen according to who? Do their values and biases apply to you too? Not necessarily so.

Being called a Drama Queen has been a way to shame others into conformity too. We expect to see ourselves in other people rather than accepting them for who they are, while they’re in their experience. Another thing I’ve noticed is that people who shy away from *drama* are many times really trying to avoid feeling rejection and shame from others who would judge as they do.

Being a *Drama Queen* is a play on words, a twist to the subtext we hear at the term. It’s an opportunity to engage in your life as the author, the playwright, the protagonist. As any performer with depth, you need empathy to access emotions on demand.

The Drama Queen Club is a platform for women to use role play and games to try on characters and ways of being (that may not be socially acceptable in their circles – or even to themselves) without fear of being shamed for it. It’s a platform designed to support women in accessing their emotional depth for communication that is more effective, more impactful.

This is the place to start. In a fun safe environment with total support. That is the promise of The Drama Queen Club. You might surprise yourself, You might surprise others too! Try not to come to any conclusions just yet. If you notice an adverse reaction… extend the same empathy & compassion to your reaction as you would to any other resistance in your body.

That’s self love, and you deserve it.